The Spires reveal new video for 'Fireworks' single released physically on the 18th of April!

The Spires are a three piece from Sheffield who produce striking sounds that straddle the border between indie and euphoric rave and dance music.They've released the new video today watch it here http://www.youtube.com/watch?v=2-ygIEGP_7Q the embed code is below! If you are interested in covering their new single please let us know! Any news pieces, features, interview requests welcome! 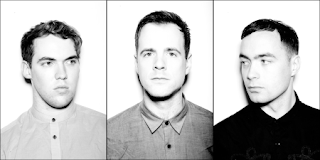 Download:
http://music.intruderlabel.com/track/the-spires-fireworks
Stream:
http://soundcloud.com/soundandvisionpr/the-spires-fireworks
ARTIST: THE SPIRES
TRACK TITLE: FIREWORKS
LABEL: INTRUDER RECORDS
RELEASE (FREE DOWNLOAD): OUT NOW
OFFICIAL RELEASE (DIGITAL RETAILERS & LIMITED PHYSICAL) 18th APRIL 2011
Teaming up with producers The Animal Farm and Intruder Records in late 2010 produced three cracking singles, the first of which, Fireworks, is out on 18.04.2011. The Spires new single ‘Fireworks’ is a multi layered carnival of colours, an adrenaline filled floor filling anthem that blurs the boundaries between dance and indie-rock scenes. Bright synth sounds and wired dance beats, are given precise human form not through drum machines but by the electric instrumentation of this three piece. Rhythmically building up the pressure until ‘Fireworks’ explodes into an insatiable disco-rock chorus, fired through with striking guitar licks. ‘Fireworks’ is already receiving enthusiastic blog commentary and BBC Sheffield Introducing support.
The Spires were born at a mental asylum on the outskirts of Sheffield, where lead singer Matt Smith worked as a caretaker. Inspired by his surroundings, Matt put all his energy into riotous, lung bursting performances that soon established The Spires as a must-see live outfit in Sheffield.
With a batch of scratchy home demos and an insane live show, Matt and his band mates Matt Dacey and Matt Pike - The Three Mattsketeers, anyone? - caught the attention of Embrace lead singer Danny McNamara who featured them on his BBC1 show. Support slots with Delphic, festival appearances and a bizarre gig with INXS at Sheffield’s City Hall followed. The gig coincided with unprecedented flooding in the city that day. Biblical? Maybe. Ominous? Certainly.
The Spires completed their first UK tour of toilets in November 2010. “I guess it’s progress. I used to clean up after the loonies. Now I get to play to rooms full of them”, says Matt.
.
Forthcoming shows:

OK release new single 'LEGO' next week & the making of their puppet video!

Hi, how are you this fine sunny day?!

I'm working with OK from Cardiff. Their deceptively clever brand of guitar pop has been gathering a lot of plaudits in the Welsh Capitol. They now release their new single 'Lego' nationwide next Monday (14th of March) watch the hilarious puppet video that accompanies the song below, here's how they made it: http://www.youtube.com/watch?v=B57dRVUQius . You can listen to the track on soundcloud below. Any news pieces, blog features, airplay, reviews, interview requests, welcome! 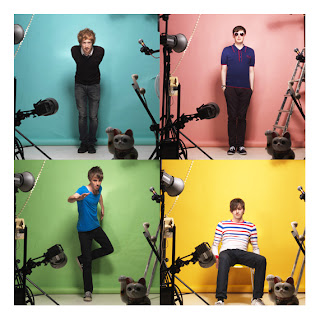 OK release their new single Lego, which has sparked a massive response grom fans and the Welsh media, as digital download via ITUNES on the 11th of Feb, followed by a limited edition CD release on the 14th of March.

Welsh indie heroes OK release Lego a blast of harmonic sunshine upon a grey music scene, ‘Lego’ showcases OK’s joyous power guitar-pop sound in just under three minutes. The song excels in glistening guitar hooks, disco-filling drum and bass sparring, and heady, addictive vocal refrains that encapsulate a feeling of infatuation, part giddy, part searching for reassurance.“Just tell me if we could fit together /like lego.” Lego is backed by live favourite, the delightful Perfect World.

Lego was recorded by Jordan Andrews at Ripe Fruit studios in Cardiff and mastered by Donal Whelan at Hafod. Lego is the first release from a growing pool of new songs, OK have been working on over the last year, and the first to feature Oli Miles on guitar and Dave Powell on Drums. OK singer and guitarist Joe Paine said,“It was obvious straight away that Lego would be the first single. We were really happy with the way it sounded and are looking forward to people finally hearing it.”
New single Lego is accompanied by a band-produced video, filmed in the band’s own back room, and featuring handmade puppets, gleefully parodying the ecstatic feeling OK generate when playing live.

Despite line up changes within OK since the release of their debut album, 2009’s well-received ‘Under the Weather But Over The Moon,’ OK have held onto their name regardless of its immense impracticalities. “We always loved the name although it's awkward to find us online,” says bass player Adam Barrah, “the band had been going for a while when I joined, so there is a continuity of OK that I love being a part of.’

Lego is the first in a series of releases slated for the coming year. ‘”There are more songs waiting to be recorded” says OK’s Joe Paine, “some of which will be recognisable to people who have seen us live and some of which are completely new and unheard.”