Letters new single 'Flash!Lights' released as a free download on the 4th of July! Stream 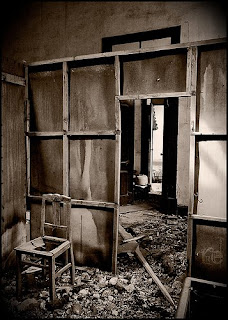 LETTERS RELEASE NEW SINGLE 'FLASH!LIGHTS' AS A FREE DOWNLOAD ON THE 4TH OF JULY.

Edinburgh's five piece Letters caused quite a stir earlier this year when their dark cello pop, urgent melancholic vocals and ambitious rock instrumentation, saw their first double sided free single 'Grand National / Pipe Dreams' cause a buzz across the UK's media and blogosphere. Scotsman Radar, The Pop Cop, Jim Gellatly, CMU Daily and Ally McCrae’s Radio1 Session in Scotland were among the many voices declaring Letters as the band to watch. The anticipation mounted for their next move, a series of low key gigs and select festival appearances at Wickerman and Rockness followed.

Now they reveal their darker side on new release 'Flash! Lights’. A slow burning anthem that sears itself into your brain though singer Michael Ferguson's emotive refrain; 'set this relic up on fire/its a past life its over’. Its throbbing cello lines, cascading fearsome drum patterns, layered guitar riffs, and grand strings building to crashing crescendos in its final epic minute. In the band's own words...

"Flash! Lights', to paraphrase one of the lyrics in the song, is about feeling dwarfed by the possibilities of time and the panic induced by fear of under achievement. It's about trying to let go of your past and your vices in order that you embrace the things that truly inspire you and ultimately drive you forward, all the while recognising the complete hopelessness that neither of these aforementioned things can exist without the other.

We wanted to write a song that put the fear of God in us, something that can be as scary as the subject matter and I think we've managed to achieve that."

"It's rare that such a new band sounds so close to the finished article...fans of acts such as Jimmy Eat World will find much to admire in the pedal-to-the-metal chorus, but there's still plenty of musical meat on the bones.” Scotsman Radar

“An enthralling mix of Frightened Rabbit and Idlewild.” Faded Glamour

"Their tendency to leap on the distortion pedal as songs draw to an end, and my weakness for vocals sung in a Scottish accent, it makes for a winning formula...They could have a very bright future indeed." CMU

Letters will celebrate their new release with a gig at Henry's Cellar Bar on the 7th July. They will also be playing a few select gigs over the Summer including an acoustic show at 'Inspace' as part of the Edinburgh International Film Festival on the 24th June and the Solus Tent, Wickerman Festival on the 23rd July. Details of more gigs can be found at www.wewriteletters.co.uk/live 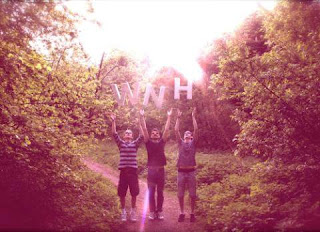 Regards and enjoy the music

South Wales math-pop three piece We're No Heroes release their new EP 'Quiet Colours' on June 15th 2011, in association with At Your Own Risk Events.

Perfecting songs written over a six month period through live performances and rigorous jam sessions, WNHs hit Ripefruit Recordings studio in Cardiff with respected producer Jordan Andrews. The band set about condensing and refining their sound still further, whittling their initial eight demo tracks down to the four strongest songs in the set, piecing them together the finished results sounded more fluid, hanging together as a record, and the best thing the fledgling group have released thus far. 'Quiet Colours EP' features four tracks 'Atlantic Hearts', 'You're An Empty Beat', 'Tigers' & 'Latitude' and will be released digitally worldwide on the 15th of June, whilst simultaneously getting a limited physical release in the UK.


We're No Heroes note that 'each of their songs has its own personality and story, coming together to create one whole.' Some have pointed out that the title of their new EP 'Quiet Colours' is a reflection of the personality of each band member, their meek and geeky image offstage contrasted by their addictively tuneful, powerhouse live sound, each song reflecting a different aspect of the WNHs sonic assault on the senses.
The band formed transatlactically in the summer of 2009 when a practice in a downtown Chicago studio led the Welsh lads to lay down the basic concepts of the WNHs sound. It may have been the influence of the big city or big dreams but each member became ever more excited and focused upon creating something fun and original. The outcome, disco flecked math pop with insatiable four to the floor rhythms, precise guitar riffs and addictive vocal refrains that weave their way into your head and wont let go for days! On their return to the UK the band have progressed rapidly, moving to Cardiff and establishing themselves in the local scene, releasing their debut EP 'Crossing Over' in February 2010, attracting over 1500 online downloads.

Now, We're No Heroes release the follow up 'Quiet Colours' EP on the 15th of June.
Website - http://www.werenoheroes.com/
Twitter - http://www.twitter.com/werenoheroes
Posted by Sound & Vision PR at 09:30 No comments:

Email ThisBlogThis!Share to TwitterShare to FacebookShare to Pinterest
Labels: At Your Own Risk, We're No Hereoes
Newer Posts Older Posts Home
Subscribe to: Posts (Atom)