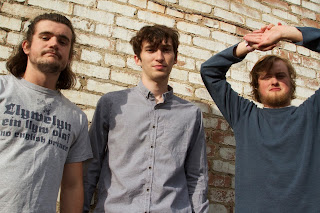 Having released several singles and an EP called “Huno”, the band has managed to earn a cult following within the Welsh language scene.

“Eventide” is a stark departure from the slacker and languor of their debut EP, and introduces a touch of darkness to the bands dreamy sound.

The EP opens with “Silhouette” – a song with a sense of yearning yet one of the band’s jangliest songs to date. “Promise Me” sees a return to the trio’s early surfy sound, drenched in reverb. “Elsewhere” is an unholy union of haunting distant sounds and a fierce unrelenting beat. Introverted lyrics coupled with sweet harmonies are brought to the EP by “Dwell”. Krautrock locomotive, “Solitude”, closes the collection. https://www.facebook.com/ysgolsulband/ https://twitter.com/YsgolSul3 https://soundcloud.com/ysgol-sul 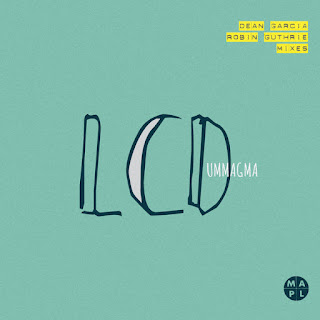 The new ‘LCD’ EP from Canada’s Ummagma, which follows up their 'Winter Tale' maxi-single with 4AD dream pop pioneer A.R.Kane earlier this year, features four superb tracks of ethereal majesty and exquisite composition, including the new original title track LCD and reworkings of Ummagma songs by not one, but two, legendary British musical figures. 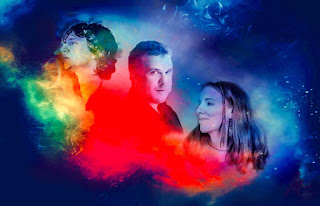 The first is respected Cocteau Twins multi-instrumentalist Robin Guthrie, who offers a breathtaking remix of Ummagma 'Lama' – this is the first time he has worked with a female vocalist in a long time. In the Clash Magazine premiere, editor Robin Murray commends its “soaring melodies and swathes of sound... a gorgeous piece with near orchestral reach”, further noting that “LCD’ explores otherworldly climes, matching heavenly vocals to arrangements as complex as they are hopelessly beautiful”. 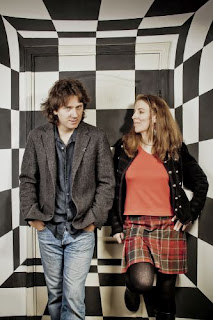 The other contribution comes from maverick electronic artist-producer Dean Garcia, who contributes two mixes to the EP. Garcia is famed as half of seminal British indie/alt-rock band Curve with iconic vocalist Toni Halliday and half of SPC ECO with Rose Berlin. His enveloping reworking of their track ‘Back to You’ and his unique mix of 'LCD' are two superb additions that round off a release that encompasses a wide spectrum of sonic sound and gorgeous textures.

“When listening to the original versions of these two songs, I wanted to make something that was an extension of the psyche and space mood that to me is the heart n soul of Ummagma,” explains Dean Garcia. “With the ‘LCD’ mix, it was a matter of going into the original stems and extracting the most trippy n spacey elements and expanding them into a different zone. ‘Back To You’ was more about enhancing the mood of the song as it stood, but with view to bring out its dark and foreboding nature. I enjoyed working on both mixes for different reasons, the sense of space and oddness within both mixes is the thing that glues it all together. File under Dark Psyche.”

Ummagma is Shauna McLarnon, hailing from Canada, and Alexander Kretov, originally from Ukraine. Now based in Canada, Ummagma won the Alternative Eurovision on Amazing Radio, representing Ukraine among 23 countries. They have also received awards and charted in places as far-flung as Australia and the USA to Scotland and Russia.

“I grew up listening to Cocteau Twins, Curve, and so many bands from the 4AD and Creation labels, and then later introduced them to my husband. He learned of them late, having been born in the USSR. We feel incredibly honoured that Robin Guthrie and Dean Garcia have shaped several of our tracks as they personally envision them,” says vocalist Shauna McLarnon.

Ummagma release their new EP ‘LCD’ on September 22nd via Label Obscura (cassette) and Somewherecold Records (CD). It will also be available across all the regular digital shops and streaming platforms. The EP is now available for pre-order on the duo’s Bandcamp.

SELECT QUOTES "Guthrie’s remix is a perfect slice of laid-back dream-pop, and McLarnon’s vocals seem to float over its woozy instrumentation" – The Skinny

Full kaleidoscope of sounds, harmonies and musical instruments… the result is massive with an intricate fabric – Rolling Stone