Hi just an update on the acts I'm currently pushing in terms of new releases.
Galleries, Dead Boy Robotics, The Machine Room & Ideals. We have even more in the pipeline more info soundandvisionpr@googlemail.com 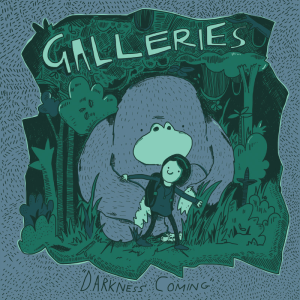 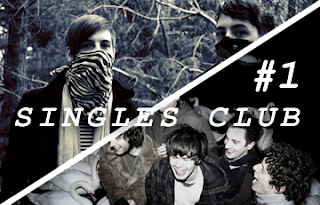 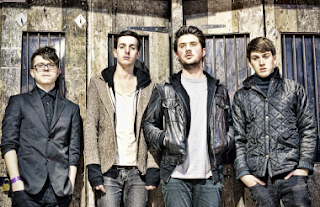 ARTIST: Ideals
TRACK TITLE: Significant Other.
LABEL: Intruder Records
FORMAT: Limited Edition CD & Digital Download
RELEASE (FREE DOWNLOAD): Out Now
OFFICIAL RELEASE (DIGITAL RETAILERS) 4th July 2011
London based four piece Ideals new single ‘Reflections’ is FREE to download now, until its official release on 4th July 2011 when it hits the global digital retailers.
http://music.intruderlabel.com/track/reflections-ideals
http://soundcloud.com/soundandvisionpr/ideals-reflections
IDEALS sound is sharp, melodic and cinematic, honed through the bands continuous touring across the UK. IDEALS new single ‘Reflections’ broods with an epic majesty the pressure building to shattering crescendos, its throbbing baselines and shifting menacing rhythms are laid bare as you swerve away from your old life down moonlit motorways. While intriguing front man Andew Major sketches out a vivid narrative of brutal self-reflection:
“Reflections is leaving a part of yourself behind you, casting it away on the side of the road. But inevitably that part of you will always be there inside somewhere and gets brought out at the worst times. ”Notes Major, revealing the inspiration behind the track “I just thought it was strange how you as a person are meant to treat the people closest to you (loved ones, family, friends etc) with the most amount of compassion and love but somewhere along a very long line you begin to let out a part of you that you didn’t know existed”
IDEALS were born in Ipswich but formed in London in early 2010 and quickly penned a deal with ambitious London label Intruder Records. By the end of the year they had released 4 singles, Lungs, Love Song, Forever Leisure & Don't Tell Anyone. Over each release they developed their epic, unstoppable sound that filled discos and shattered hearts across the country.  The melancholy remains, but the sweet melodies permeate the surface but the whole sound comes down over you like an almighty waterfall. IDEALS are exhilarating. 2011 is set to be a busy year. Having already played with Pete Doherty and The Automatic, they’ve already completed a UK tour in support of the new release and plan a German tour for June.
IDEALS have six singles slated for this year, the first release 'Significant Other' released in early 2011 ( video http://www.youtube.com/watch?v=VRZWDE5KBWs) was praised by Music Week, Artrocker and played on Steve Lamacq's six music show. Their forthcoming single 'Reflections' will only see their star shoot further into orbit!
"('Significant Other') is a great track....Musically it’s big, dark and melodramatic with a rich, polished production. Imagine the National fronted by The Editors Tom Smith and you’d be pretty close." Artrocker
Andrew Major – Vocals / Guitars
Simon Wilson – Bass
Ben Ward – Drums
Johnny Healey – Guitar
http://soundcloud.com/intruderrecords/sets/ideals-tracks-in-order-of-release
iwww.myspace.com/idealstheband
http://www.facebook.com/idealstheband
http://www.intruderrecords.co.uk/idealspress
Posted by Sound & Vision PR at 08:45 No comments: