‘Water’, the brightly infectious new single by Welsh five-piece The Tates, has been eagerly anticipated after the success of the band’s debut release ‘Electric Girl’. The song was supported by Huw Stephens, BBC Introducing, Radio 1 and gained Amazing radio playlisting as well as being A-listed on BBC Radio Wales.

Energized by their summer tour in support of ‘Electric Girl’ a confident and inspired band returned to the studio in Cardiff to work with producer Steffan Pringle (Estrons, Himalayas, Future Of The Left) again. They emerged with a sense of purpose with a song that will redefine 'The Tates' as the torch-bearers of a new sound, a sound that ranges from The Libertines’ poetic raw energy to the death disco of early New Order and the fuzzed day-glow pop melodies of MGMT.

Lyrically ‘Water’ asks a poetic question exploring themes of nature over nurture, as Tom the guitarist explains: “Are the flaws that we share with our parents who we are, or have we learnt from them? Are we free to be the people we want to be or are we trapped by our genetic makeup and our immediate environment and society?” It is testament to the band that with their unwavering belief in the pop song they are in full control of their chosen genre - they make the pop song theirs. 'The Tates' build from the ground up, step by step until they can reach the stars. 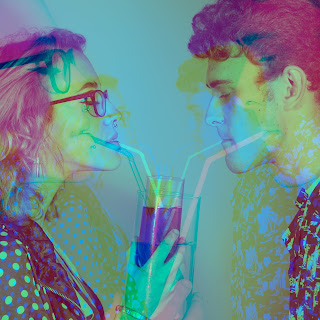 Email ThisBlogThis!Share to TwitterShare to FacebookShare to Pinterest
Niterooms release their self-titled debut EP on the 20th of November through all major streaming outlets.

Niterooms are wrapped up in computers and introspection. Their musical landscapes blur the lines between electronica, grime, r'n'b, hip hop, ambient and alternative music, imbuing their personal songwriting with a boundary-pushing, intriguing sound that shifts contemporary music into different places.

The four tracks on Niterooms self-titled debut EP are an unmissable depiction of a swiftly emerging outfit already gathering strong praise, "...they're genuinely trying to do something different without it being a challenge ... it exists somehow, somewhere between grime, dream pop and ambient electronic music..." Adam Walton, BBC Radio Wales. 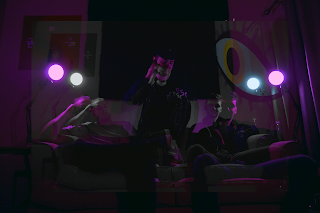 'Headway' the EPs new single, is laced with a deep groove, synth textures and percussive ticks, that vividly demonstrates their mysterious production style. It comes replete with a shape-shifting vocal delivery that tumbles between vocoder and rap, watch the Ed Townend directed video here.

Niterooms are a young three-piece from Brithdir, a small forgotten mining town in South Wales. They are supported by the Forté Project, a new music development project which supports ten young acts from around the region. Their debut EP is the follow up to 'Wash' , their exhilarating minimalist pop debut from earlier this year.