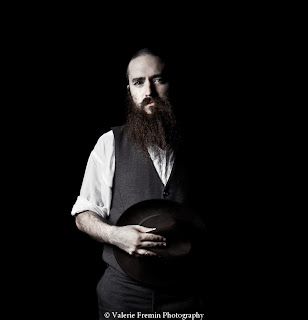 The Whiskey Priest released their majestic new album Wave and Cloud, through the Rainboot (label) on the 23rd of August 2010. The Whiskey Priest is Austin, Texas based songwriter Seth Woods. He's produced a heartbreaking album of alt-country power. We took over the campaign to help gain online and print press in the UK.

The Whiskey Priest
Wave and Cloud

"If 2008 belonged to Bon Iver, then The Whiskey Priest deserves 2010"
Black Plastic
http://www.blackplastic.co.uk/alternative-electronic-music-b/2010/8/23/album-review-wave-and-cloud-the-whiskey-priest.html

"No matter how bad things are, Wave and cloud reminds you that there is a light at the end of the tunnel."
Sloucher.org

"The best sermon you've heard all week"
The Deli Magazine

"If I could marry a CD, I seriously would consider marrying this one"
A Case Of Sonic Attack

"It is a brave musician that opens his debut album with a nine minute epic, but the soft, slow stormy heartbreak that is Seafarer’s Lament that sets the stage for The Whiskey Priest’s Wave and Cloud."
The Blue Walrus
http://www.thebluewalrus.com/2010/09/13/the-whiskey-priest-wave-and-cloud/

the album is a solid collection of love songs, or seen in another light, real poetry.
http://www.music-news.com/showreview.asp?nReviewID=6280

Wave and Cloud is by no means a ground breaker, but for conjuring something with je ne sais quoi out of such familiar elements, it’s very much worth your while.

I don’t think it’ll have the same word of mouth phenomenon as Mr Vernon’s opus, but for those who think Emma seems like forever ago, you could do worse than audition this release.
http://www.sicmagazine.net/articles/760/the-whiskey-priest-wave-and-cloud

...you should also check out the lo-fi beauty of The
Whiskey Priest live
Posted by Sound & Vision PR at 07:01 No comments: